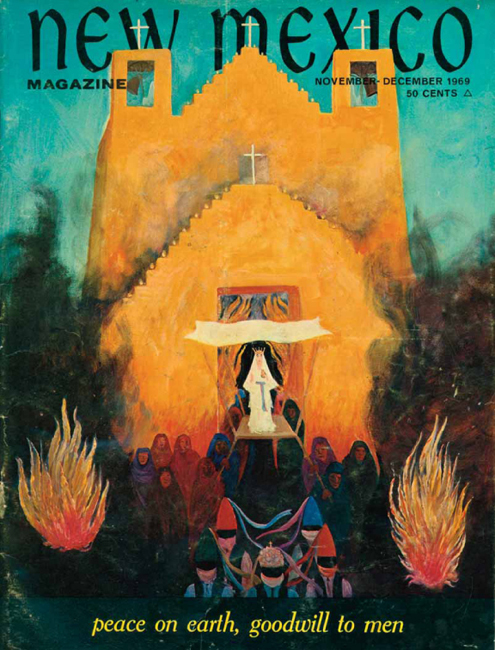 Then
Our 150-year-old adobe in Arroyo Seco has housed—and generated—a lot of history. This 1969 issue of New Mexico Magazine features an article on "Casa Cordova, a tiny restaurant in Arroyo Seco" (now Sabroso), as run by Godie Schuetz after Ernie Blake persuaded him to move to New Mexico.

"Looking for a delicious way to celebrate the Fourth? Head to Arroyo Seco, a charmingly quirky bend in the road between Taos and Taos Ski Valley. Seemingly, every one of the 1,000-plus residents of this Spanish land-grant community comes out to celebrate the birth of our nation with a pig roast and parade. . . .

"The annual pig roast is hosted by Sabroso, one of the most convivial restaurants in the state, hidden in a glade over a small bridge on the edge of Arroyo Seco.

Sabroso offers reservations for the dining room, the Patio and the Grove. You may make reservations online or by calling 575-776-3333.